We've noticed this is not your region. Redirect me to my region
What do you want to learn today?

PCB Fabrication
Besides PCB layout design, our PCB Fabrication department emphasizes on good and reliable quality. We operate on a factory-less model, to ensure that our customers can get an attractive price and shorter lead times. Both our local and overseas partners produce reliable boards with normal or express lead times that are used for prototyping, new product introduction (NPI), pilot run and for high mix low volume (HMLV).

Component Kitting
We understand that searching and procurement of components is a tedious process. Hence, we provide component kitting as a value-added service to our customers. Our dedicated team helps customers to source, purchase and coordinate the purchase and delivery of components to facilitate and manage the manufacturing schedule.

Full Turn Key
We do provide a Full Turn-Key service option. Which we will be able to support your idea from conception to completion. Our PCB Design Engineers begin with schematics design, placement, routing to Gerber checking. Our Technical Sales Engineers will provide you with a solution for fabrication, components kitting and assembly, before delivering the final product to you.

Email us at [email protected] for more information! 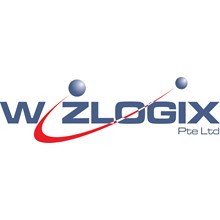